River’s Edge Pharmacy realizes the managing of multiple medications can be confusing. The pharmacists at River’s Edge specialize in helping patients understand their prescription drugs and address any concerns that patients may have. 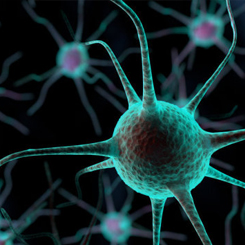 IG therapy has been used extensively as replacement therapy in patients with PI, CIDP, and others. River's Edge Pharmacy’s specialty teams meticulously assist in every step of IG therapy starting with receiving the prescription all the way to administrating the drug at a designated River's Edge Pharmacy infusion center.

The term “immune globulin” refers to the fraction of blood plasma that contains immunoglobulins, or antibodies. These immunoglobulins (Ig) in the serum or plasma are IgG, IgM, IgA, IgD and IgE. Individuals who are unable to produce adequate amounts of Ig or antibodies, such as patients with CVID, Hyper-IgM Syndromes, Wiskott Aldrich Syndrome or other forms of antibody deficiency or autoimmune state may benefit from replacement therapy with Ig. Only the IgG is purified from the plasma to produce commercial Ig products, so Ig used for treatment contains very little of any of the other Ig types.

Below are some disease states where immune globulin therapy could help: 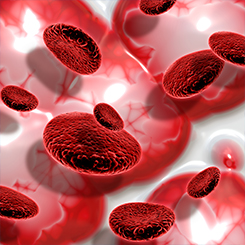 A rare disorder that is complex to diagnose and to manage. It’s an outcome of either a genetic or acquired deficiency that leads to bleeding. There are two types of factor deficiencies most commonly caused by FVIII deficiency (hemophilia A) or FIX deficiency (hemophilia B). And because the clotting factor cascade maintains a balance between thrombosis and bleeding, those patients with inherited or acquired deficiencies in the various clotting factors are at increased risk of bleeding. During treatment, Inhibitor development could happen, which is antibodies that neutralize the hemostatic effects of exogenous or endogenous factors, is one of the main complications in the treatment of hemophilia. Therefore, factor replacement therapy became essential in treating or preventing bleeding in patients with clotting factor deficiencies, from genetic causes such as hemophilia. Advances in purifying and treating human plasma and the advent of recombinant technology have greatly increased the availability and variety of factor products.

Comprehensive care plan is required to promote the health and quality of life of people with hemophilia include:

Von Willebrand disease is caused by a qualitative or quantitative defect in VWF. Von Willebrand factor is a multimeric glycoprotein that binds collagen at the site of vascular injury and is involved in platelet adhesion and aggregation. Von Willebrand factor also binds circulating FVIII, protecting it from degradation and prolonging its half-life. A deficiency in functional VWF contributes to bleeding tendency. 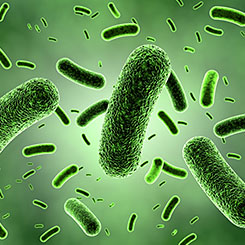 The River’s Edge Pharmacy Acute team specializes in the classification of various antibiotics, anti-fungal, and antiviral agents and educate patients in their roles in specific acute infections. Additionally, the team strategically monitors TPN patients in order to prevent complications associated with PN therapy.

Infectious diseases are caused by pathogenic microorganisms, such as bacteria, viruses, parasites, or fungi. Many organisms live in and on our bodies. They’re normally harmless or even helpful, but under certain conditions, some organisms may cause disease. the diseases can be spread, directly or indirectly, from one person to another. Some are transmitted by bites from insects or animals. And others are acquired by ingesting contaminated food or water or being exposed to organisms in the environment, leading to infection.

Signs and symptoms vary depending on the organism causing the infection as well as the site and conditions where infection took place, but often include fever, fatigue, malaise, organ site infection and blood test imbalance. Mild infections may respond to rest and specific drugs mainly known as antibiotics or antivirals, while some life-threatening infections or resistant type of infections may require hospitalization. 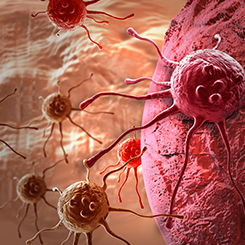 Cancer care is more complex today than ever before. Scientific and technical advances in the early detection, diagnosis, and treatment have increased the chances of extending life and moreover cure for multiple type of cancer.

Treatment plans including, surgery, chemotherapy, radiation therapy and others as well which could take few months to complete. Frequent blood tests are required to monitor the effectiveness of therapy. 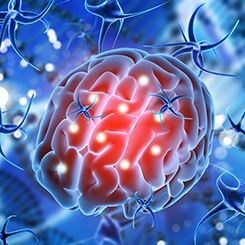 Multiple Sclerosis (MS) is an autoimmune disorder with areas of CNS demyelination and axonal transection. It is an unpredictable disorder with a variety of symptoms including but not limited to visual changes, numbness, fatigue, depression and sometimes bladder issues. These symptoms can flare-up and then subside over the course of time, ranging from days to years. There are different stages of MS where your doctor can discuss with you at what stage you are currently experiencing. Although MS is an autoimmune neurological disorder, most individuals are able to live a full, productive and functional life with much hope through the new treatments and further testing. 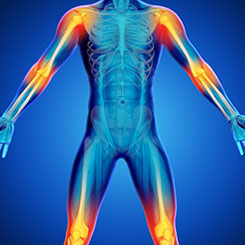 River's Edge Pharmacy services support optimal risk and benefits of medications pertaining to numerous age-related ailments including – but not limited to – Arthritis, Osteoarthritis, and Osteoporosis.

Arthritis is a group of different diseases. It is also a type of rheumatic disease. Rheumatic diseases may cause pain, stiffness, and swelling in the joints. They can also cause pain in the muscles, tendons, ligaments, and bones. Some rheumatic disease may be caused by an autoimmune disorder and could affect the internal organs as well as connective tissues if got worse. This means the body’s immune system attacks its own healthy cells and tissues.


Rheumatoid arthritis (RA) which is the most common type of autoimmune inflammatory arthritis that affects more than 1.3 million Americans. It is a chronic disease that affect the joints and other parts of the body of how they look and function.

It can affect people at any age, but most commonly between age of 30-50. Its an autoimmune disorder where the body’s immune system attacks its own health tissue’s and cells causing inflammation in and around the joints.

Osteoarthritis (OA) is a chronic degenerative disease, which gets worse over time and affects mostly middle-aged older adults. It affects mostly joint cartilage, causing sometimes the breakdown of it. Most commonly affects hands, knees, hips or spine. OA could be primary of no known cause or secondary due to another disease, infection or drug use. You could be at risk for developing osteoarthritis if you have genetic joints defects, being overweight or obese or had severe injury to the joint that can lead to OA.

Ankylosing Spondylitis (AS) is a type of arthritis that affects the spine, causing inflammation of the spine and large joints resulting in stiffness and pain. AS could damage the joints between the spine and hipbones or cause bony bridges to form between vertebrae in the spine, fusing those bones. It is more common seen in younger kids.

Systemic lupus erythematosus (SLE) is a chronic disease that causes body’s immune system to attack its own cells and tissues, leading to episodes of inflammation to various parts of the body. It can affect joints, tendons, and skin. Also, can affect blood vessels and organs such as heart, kidneys, lungs, and brain. 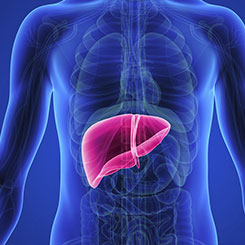 Chronic Hepatitis C virus pose a substantial public health burden in the United States where HCV is the leading cause of liver transplant. Since progression of liver disease caused by chronic HCV is often gradual and unrecognized. For this reason, the experts interns and technicians at River's Edge Pharmacy work diligently with your health care provider to provide an optimal patient care using the new CuroRX mobile app to administer and monitor prescriptions in an up-to-the-minute, centralized location that is accessible 24/7/365, while providing HIPAA-compatible security and privacy. 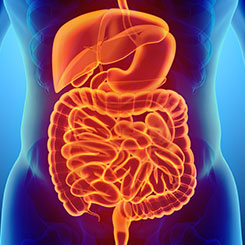 IBD develops due to inflammation in the intestine which can result in bleeding, fever, elevation of the white blood cell count, as well as diarrhea and cramping abdominal pain. There is no definitive explanation for the development of the disease. However, the process could be viral, bacterial, or allergic, and initially inflames the small or large intestine and, depending on genetic predisposition, results in the development of antibodies which chronically “attack” the intestine, leading to inflammation. The abnormalities in IBD can usually be visualized by a CT scan or colonoscopy. There are two different classes of IBD which is either Crohn’s Disease (CD) or ulcerative colitis (UC).

Crohn’s disease (CD)
It is a chronic disease that can cause inflammation anywhere from the mouth to the anus anywhere along the lining of the digestive tract affecting the small intestine and the colon. The disease can show up along different parts of the digestive tract in a continuous or patchy distribution. It typically involves both the superficial and deep layers of the intestinal wall. Abdominal pain and cramping, persistent diarrhea (loose, watery, numerous bowel movements), blood in the stool and fever are hallmark symptoms of CD. Ulcers of the mouth, a lack of appetite, fatigue, nausea and vomiting, and unexplained weight loss may also develop and could lead to nutritional deficiencies over time.

Ulcerative colitis (UC)
It’s an inflammation of the lining of the colon and rectum, together known as the large intestine. This inflammation causes irritation in the lining of the large intestine which leads to the symptoms of UC. Though UC always affects the lowest part of the large intestine (the rectum), in some patients it can be present throughout the entire colon. It depends on the severity and how much of the colon is affected but symptoms can include rectal bleeding, diarrhea, mild abdominal cramping, stool urgency, and tenesmus (discomfort and the feeling that you have not completely emptied your rectum after a bowel movement).

River's Edge Pharmacy proudly displays the URAC, ACHC, and NABP Accreditations as they demonstrate their commitment to quality healthcare services.

National Association of Boards of Pharmacy